A few months back I posted the first part of an introduction to the Free Energy Principle. I did this because it’s fascinating and important, and yet sometimes comically difficult to learn about. A big part of the problem is probably Research Debt - a dearth of digestible translations of cutting-edge research into something accessible to non-specialists. My FEP Explained posts are aimed at this problem, but this post is aimed at another: not knowing where to start or where to go! 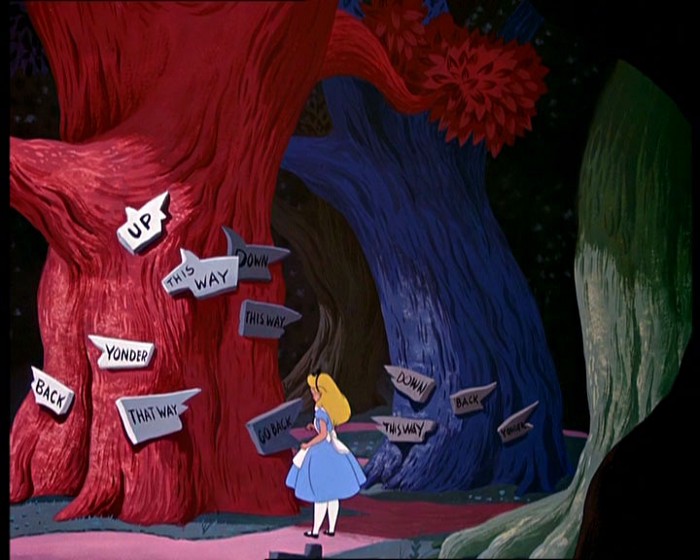 For most things humans care to learn, someone has trod the path before and shown the way to others. There is a common starting point (usually the end of high school) an endpoint (doctor, physicist, architect, etc.), and a routine path to take between these two. The FEP has none of these. The researchers tend to come from lots of different backgrounds, so everyone has things they know well, and things they need to learn. There isn’t a clear end-point aside from “understand what’s going on, maybe add to our understanding someday”, and the complete path is not routine enough that there are any university degrees or courses entirely about the FEP.

What we need is a syllabus! A list of material that gives you the necessary background to understand the full Free Energy Principle (and Active Inference), which also functions as a reasonably complete map of the territory so that people can quickly see what the field encompasses and how the parts relate. Our syllabus should cater to the kinds of people who end up interested in the FEP, so should include different starting points and different levels of technical detail. It should gradually improve you, filling in details as you become able to digest them. Lastly, it should challenge you to act and solve new problems - problems you couldn’t have solved before you went through it.

This is a first attempt to do some of those things. Each section has a short motivation, and some of the materials have descriptions where I thought it useful. At the end, there’s a section on Open Problems and Future Research directions which I need your help filling out, so please comment on this post or reply to the Twitter thread!

How to use this syllabus

Generally, dive in. Don’t wait to finish all the prerequisites before you try getting your head around the theory. Jeremy Howard from Fast.ai has this great line about getting a feel for something by playing around with the full construct before you fully understand it, and once you have a feel for it, only then do you go learn the technical details. So even though this list starts with “prerequisites”, treat that as a placeholder, go until you get stuck, and then come back and see if you can find the answer to the stuck-feeling in one of the prerequisites.

I’ve also tried to have a hierarchy of materials within each category, starting with short, intuitive primers and ending with longer, more technical material that only becomes relevant as your interests deepen. There isn’t a strict order to the materials, which is why it’s probably better to go iteratively deeper across all the categories, instead of linearly down the list.

The FEP came out of Karl Friston’s neuroimaging work, so it shouldn’t be surprising that neuroscience is a key competency.

Predictive coding is a theory of how the brain works that inverts the traditional “bottom-up” feature detection view and replaces it with the brain generating top-down predictions instead. When a prediction does not match with what is actually observed, an error signal is passed up through the brain and changes take place to minimise the prediction error in the future.

Predictive processing is closely associated with the FEP, and naturally “emerges” from the equations governing the FEP. In this sense, understanding PP is helpful to have an intuitive view of what the FEP achieves in the brain.

Part of the appeal of the FEP is that it might lead to improved models of the brain and biological intelligence. Learning to set up experiments, design simulations, and implement models of neural systems in code is a big part of turning the theoretical results of the FEP into a powerful set of new tools and applications!

A huge part of the FEP has to do with acting on the world! We need to keep our physiological parameters within tolerable limits, using feedback loops and the techniques of control theory. Understandnig the history and techniques of these fields helps us contextualise the problems the FEP and active inference set out to solve.

The Free Energy Principle wants to explain how we, as biological organisms obeying the laws of physics, can self-organise into complicated creatures that maintain our complexity despite (or because of) dissipative forces. The FEP rests solidly on the ideas of modern physics, so the more you know here the better!

Entropy, Free Energy, non-equilibrium steady states - these ideas are front and centre in the FEP literature and all come from stat-mech. If you were going to spend your time learning about only one area of physics to really have a good basis in the FEP, this is probably the one you’d pick.

Of course, the FEP deals with living systems, and living means being far from thermodynamic equilibrium, so we’ll want to understand how to describe these systems mathematically. The big ideas that come up often are non-equilibrium steady states, as well as the Langevin and Fokker-Planck equations.

Classical Mechanics, Hamiltonian Mechanics, and the Principle of Least Action

Friston sometimes frames the FEP in terms of a principle of least action, where action is an integral over a nice object called a Lagrangian. Lagrangians and Least Action principles give us a really powerful way to describe the equations of motion, symmetries, and conservation laws of our system, so knowing about this approach is really worthwhile. That being said, this approach doesn’t feature prominently in the basic formulation of the FEP, so don’t get stuck here!

Gauge theory is a way of describing how certain symmetries in our system can lead to new properties/forces. It’s not a big part of the core theory, but I include it here because it’s a personal favourite, and Friston and collaborators have dabbled in applying some gauge-theoretic ideas to the FEP.

I kind of want to say that I’m taking it for granted that you know at least a bit of multivariable calculus, some linear algebra, and some probability theory (the FEP people definitely assume this, and more), but also I didn’t know any of those things when I started (not so long ago!) and felt really helpless when they were just assumed, so the above links go to the MIT OpenCourseware courses I used to get going!

The FEP fundamentally deals with agents trying to infer the state of their environment, given their current sensory data. Whenever you have a sentence like that, Bayes’ Theorem can’t be far behind! Understanding, on a gut level, the mechanics of how Bayes works, and being able to fluidly work with the different forms of the formula (knowing some basic identities in terms of joint distributions and marginal distributions) generally makes a lot of things in the FEP clearer!

Entropy, confusingly, moonlights as a term in information theory. Not only that, but since much of the FEP is about a system inferring the state of a hidden (latent) variable through its noisy sensory signals, the techniques of information theory (invented by Claude Shannon for almost exactly that kind of problem) are key. Information theory also teaches us about the Kullback-Liebler divergence, which is worth knowing just on its own!

Depending on your feelings about math, information geometry is either a sort of sublime union of differential geometry and statistics, or a Frankenstein’s Monster of two other monsters. Information geometry lets us do statistics on manifolds, which seems arbitrary (especially if you don’t know what a manifold is), but might be useful, and is at least very cool to say to your friends. Friston occasionally mentions the term, so this is here as a reference you can return to for when he does.

The FEP will remain an intriguing bit of mathematical theory if good programmers don’t start to find ways to apply the ideas to problems in artificial intelligence and machine learning. On the other side, ideas from AI/ML are key to understanding where the FEP and Active Inference can fit in and what the current state-of-the-art is.

Deep learning has been so damn successful that it’s worth knowing about just for that. Neural networks are great function-approximators, which can be useful in the FEP. Also, the standard deep learning libraries (PyTorch/Tensorflow etc.) are worth learning because they make it really easy to build flexible models using current best-practices, and they make things like autodifferentiation and optimisation easy!

RL is currently the most established field for creating autonomous, intelligent agents that can interact with their environments. Knowing the basics of how RL has approached intelligence, what kinds of techniques are available, and their limitations, helps us put the FEP in context. RL also deals heavily with Markov chains and the Markov property, and has established techniques for programming these kinds of agents. All of this can be transferred into the design of FEP-style agents.

A nice side-effect is that RL has a bunch of established benchmarks and environments for testing how intelligent an agent is (like OpenAI Gym) and I think it’s key to the future of the FEP/Active Inference that their techniques can be shown to compete with (and eventually outperform) pure-RL models.

At the start of your journey into the FEP, you’ll keep hearing about ‘surprisal’, ‘the ELBO’ (evidence lower bound), ‘variational Bayes’, and ‘model evidence’. For whatever reason, I took too long to just go and find out that all of these ideas are well established and well explained in the field of variational inference. Variational inference involves trying to infer an (intractable) probability distribution by using the techiniques of mathematical optimisation to make a starting distribution closer to our (intractable) target distribution.

Close your eyes and imagine a red bus! If you can do it, maybe that counts as evidence to you that your brain has some sort of generative model (i.e. can imagine/synthesise plausible data points). More generally, generative modelling tries to explain the data we’re observing as being generated by some smaller set of (latent) variables. The FEP deals heavily with the language and ideas of generative models, so reading up on directy is helpful!

This list is as much a list of some of the most fascinating directions of research in the field as it is a general overview. The hope is that the ideas in some of these papers sound so cool that you can’t help but want to take the ideas further (that was my experience, and that’s why I’m still here!). Rereading this list, I can see it’s skewed by my own research interests, so let me know what other sections/papers should be added!

What are the current open problems in the FEP/Active Inference framework? What research directions are there? Suggestions are encouraged, so comment here or add to this ongoing twitter thread

I hope this encourages more people to get stuck-in to the FEP/Active Inference research-space. It’s so interdisciplinary that it welcomes people from all kinds of backgrounds, and there’s important work that needs doing in math, neurobiology, philosophy, ecology, physics, software engineering, machine learning, and more! There are so many friendly people who are willing to think out loud, explain, answer questions, and offer support - seriously, just try to tweet some of the people mentioned in this post!

Good luck with your studies, and even more so with what you create with that knowledge - perception-and-action are two sides of the same coin, after all!

Thanks to these people for suggesting resources to add to the post!

Thank you to Gianluca and @InferenceActive for their helpful comments on drafts of this post!